It's now been a few weeks since Hurricane Sandy has left her mark on the east coast. The damage that was caused is devastating both emotionally and financially on all of those affected. The tropical storm has left families without their homes, cars, personal items, jobs, and in some cases family members. What kind of affect will Hurricane Sandy have on bankruptcy throughout the nation?

There have been a lot of celebrities, government officials, and other citizens offering assistance in this drastic time of need, but unavoidably, bankruptcy is a near reality for some. Here at Bankruptcy Auto Financing we are trying to do our part to help the victims of this devastating storm get back on their feet. Our lenders specialize in auto financing for people filing bankruptcy.

Although the worst damage was recorded in New Jersey and New York, the storm affected about 24 states ranging from Florida to Maine, and even reached as far west as Michigan and Wisconsin. The storm reached to a Category 2 in the Caribbean, but weakened to a Category 1 before hitting Atlantic City, New Jersey.

The amount of people affected by the hurricane is unimaginable and because the storm has swept thru so many different areas, there are a lot of fellow Americans that are left with nothing. The cost of rebuilding their homes and replacing automobiles is overwhelming and many victims are forced to apply for an auto loan in chapter 13 bk.

Studies show that the amount of people filing a chapter 7 or chapter 13 bankruptcy increases by 11% after the first year post-storm, and by 30% five years after. Although, filing bankruptcy will not bring back their homes, cars, or personal belongings that hold so much sentimental value, for most it is a way to get out of the debt that Sandy has incurred.

How We Can Help

So many people are now left with no form of transportation, and think that buying a car in open bankruptcy is impossible. It's not true. We have thousands of lenders nationwide that understand your situation and will compete for your business. Start by filling out our online application today to see if you're pre-approved. We will then send your information to the lenders to see who in your area can give you the best deal.

Don't Buy a Lemon after your Connecticut Bankruptcy
View Article

Bankruptcies Will Be Affected As Pennsylvania Median Income Rises 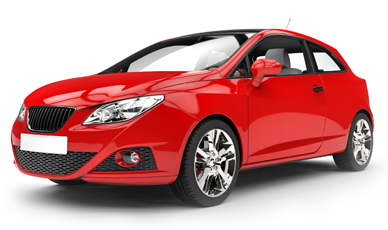 Texas Bankruptcies: How to Get an Auto Loan

Being Thankful for Bankruptcy Auto Financing